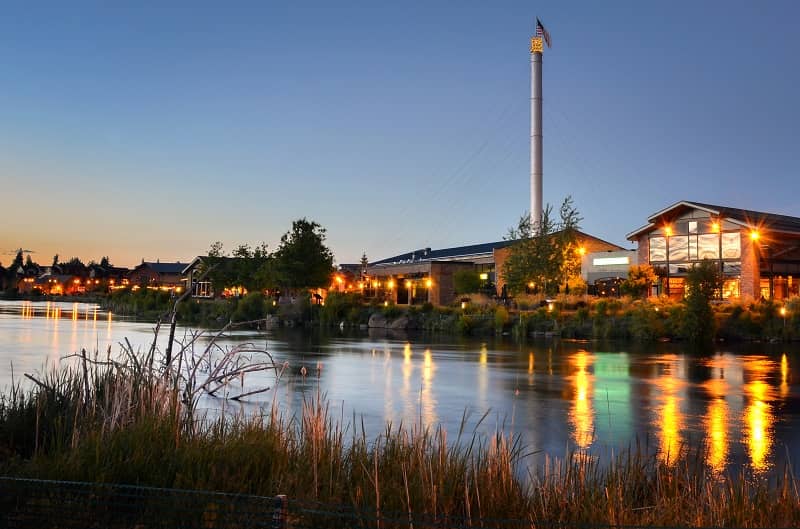 The law that created Oregon’s land use system, Senate Bill 100, was signed into law by then-Governor Tom McCall in 1973. That was nearly 50 years ago.

Some good has come out of that bill. Much of Oregon has been spared from the sprawl that we see in other states. SB 100 has also been successful in preserving farmland. The state’s thriving viticulture industry, with its many vineyards, is due in part to the land use system.

That being said, there have been other consequences. Many of those have been severe and are the root cause of several of the biggest problems being faced in our state these days.

The cost of housing has skyrocketed throughout Oregon these past few years. We’ve also seen a dramatic increase in homelessness in many of our larger cities. But all of this is driven, in part, by those same land use laws.

Under the state’s land use system, the amount of buildable land in every city is limited to a specific area, which is referred to as the Urban Growth Boundary (UGB). In theory, that area is supposed to include enough buildable land to meet the city’s needs over the next 20 years. That isn’t what’s actually been happening, though.

The City of Bend recognized years ago that it was running out of land to meet the demand for housing. And while expanding the UGB should be a simple process, it took many years and huge amounts of money to get it done. In the meantime, the supply didn’t keep up with the demand and the cost of land and housing both went through the roof.

It isn’t just housing that has been impacted. One of Oregon’s largest companies, Intel, just announced its intentions to expand its operations…in Ohio. Why wouldn’t they just do that here instead? Well, you need land on which to build and conduct industry. Because of the short supply of shovel ready industrial land, and a myriad of other reasons, we have missed out on the family wage jobs and enhanced tax base that an Intel expansion would have brought.

Yet, despite all of this, there is resistance to changing any aspect of our land use laws. Consider this—in the nearly 50 years since SB 100 was passed into law, not a single other state has followed our lead. There’s also the fact that we are living in a completely different world than we were back in 1973. Many of the assumptions that were made at the time have proven not to be true. Aside from that, the state’s population is much larger than it was back then.

I’m not proposing that we just do away with our land use laws entirely. But I do think it’s time that we bring them into the 21st century. These laws and policies need to be updated in a way that they give our cities more to work with, industry isn’t discouraged from locating or expanding here, and that we have enough room to build an adequate amount of housing.

We can’t solve the problems of the year 2022 with policies from 1973. As your next governor, I will take a long look at what we can be doing differently so we can move forward as a state, instead of clinging to policies from decades ago that are no longer serving their intended purpose.